The only thing more special than a Caleb Hart or Buckman Coe show is when the tw...

The only thing more special than a Caleb Hart or Buckman Coe show is when the two perform together in a single show! They'll be backed by a FULL BAND, so make sure to be rested and hydrated because we are going to light Hermann's Upstairs' dance floor on FIRE with an Island Soul Dance Party!
* * *
CALEB HART
facebook.com/iamcalebhart • @iamcalebhart
No matter how many changes the music industry experiences, the one thing that always remains is the power of a passionate live show. Caleb Hart has the ability to bring something fresh, honest and powerful every time he steps on a stage.
A natural born performer since he was a young boy growing up in Trinidad & Tobago, Hart has been taking his music across Canada and around the world to The Caribbean, Australia, USA, and New Zealand since 2012. Along with racking up over 1000 shows since, he has released 5 records and multiple singles, and won prestigious awards from Edmonton Folk Fest, the Western Canadian Music Awards, and more. However, all of the sales, stats and awards are just the background to Hart’s mission to spread songs of hope and unity wherever he goes. Whether touring with a band or as a solo performer, Hart carries a singular ability to bring the audience together for the show and beyond.
Caleb's debut solo EP album ‘Island Soul’ was released worldwide in June 2017, and his debut EP with his band The Royal Youths ‘OrigiNation’ was released the following September. He also has numerous singles from his 6th record ‘11’ which was released worldwide on September 11th, 2019, plus 'Crazy People,' 'Giving Thanks,' 'We Will Rise,' and his latest, 'Pelau,' all having dropped through 2020 and 2021.
* * *
BUCKMAN COE
facebook.com/buckmancoe • @buckmancoe
When powerful voices tell us to keep the noise level down, Buckman Coe raises it with his soulful R&B sound and rootsy world rhythms. Not unlike his soulful influences who deliver messages of social justice, humanity and love, Coe masterfully re-sculpts the conversation away from the binary of a political left or right and towards a universal goal of seeking romantic and spiritual well-being for everyone. With a big band sound and uplifting lyrics, Buckman Coe invites us all to grown in harmony.
* * *
We respectfully acknowledge that this event is taking place on the traditional unceded territory of the Lekwungen people, now known as the Songhees and Esquimalt First Nations. 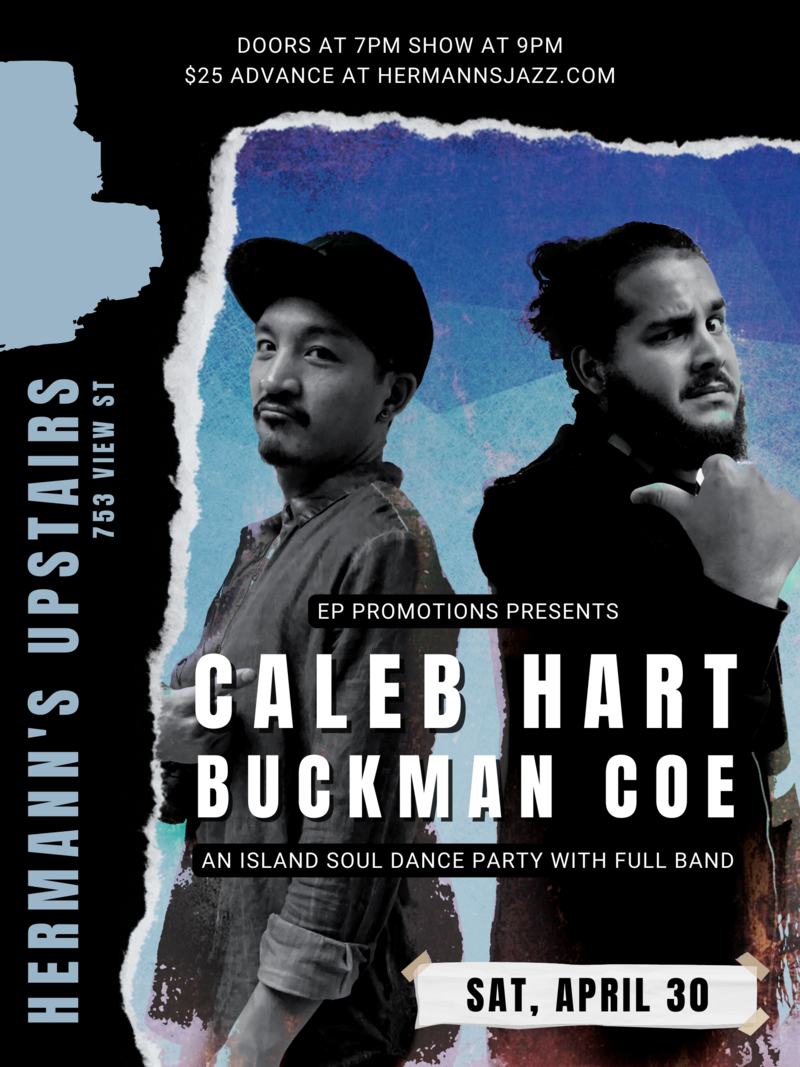