A sweet night of folk, singer-songwriters and dream-gaze indie

Dream Pop from Victoria BC
Unknown

We are a new and used record store and all-ages venue.
Open / Operational

_____JESSE NORTHEY_____
There’s no smoke and mirrors when it comes to Jesse Northey’s music; The goal is to explode the artifice of masculinity, norms, and ambition. His upcoming EP titled Onion Knight will be Northey’s first album released under his own name. Produced by Thomas D’Arcy (The Sheepdogs, NOBRO, Yukon Blonde) at Taurus Studios, D’Arcy infuses Northey’s sensitive indie rock with vintage analog warmth and alt-rock swagger.
Northey has a varied career as a recording engineer, producer, musician and artist manager. As frontman for Jesse and the Dandelions, Northey has opened for Hollerado, Said the Whale, and July Talk, and has toured Japan. In a post-covid world he hopes to take his melancholia-psychedelia on tours of Canada, Germany, and back to Japan.
Now living in Toronto, he is President and co-owner of the independent record label Victory Pool, and manages Witch Prophet, The Deep Dark Woods, Marlaena Moore, Ghost Woman and Ombiigizi among others. Signed by High Priestess Publishing in 2021, he composes for film, television, games and ads from his home studio.In 2021 Jesse’s song Hope Floats was placed in an Amazon documentary of Pete Buttigieig former Indiana Mayor, turned presidential candidate.
“Onions are associated with crying,” Northey says. “I wanted to conjure an imagery that confronts the stoic heroism associated with masculinity and take a jab at it.” The feel of Onion Knight is classic but also urgent: it’s peopled with modern anxieties that bloom with a psychedelia that is reminiscent of the ‘60s. Citing Paul McCartney, and Elliott Smith as influences, the Onion Knight’s sound is warbled, as though heard from another room.

_____CHLOE DOUCET_____
Knee-deep in the 21st Century, when autotune has overridden the wail of the wah-wah pedal and the tactile splendor of a 45 has been replaced by the non-entity of a digital streaming service, Toronto-based singer-songwriter Chloë Doucet seems to have been hand-selected by the ghost of George Harrison to reinvigorate the classic notion of guitar-driven rock & roll. While what we now refer to as “classic rock” tends to feel plodding and steeped in nostalgia, Doucet’s incandescent vocals, scrappy guitar riffs and meditative, often whimsical lyrics look toward a fresh & rebellious future while simultaneously paying homage to her beloved lo-fi past.
An ardent Beatles lover since early childhood, Doucet’s love for the guitar feels like more of a journey than a choice. After cutting her teeth as a member of the cleverly-named garage rock duo Side Hustle, she has since found her niche as a subtle yet powerful solo artist a la Harry Nilsson or Carole King; through recent collaborations with members of Toronto’s Zeus, Chloë remains entirely in control of her own vision. Hers are sparkling, contemplative melodies, corduroy-textured & saturated in shades of butterscotch & goldenrod, the kind of songs meant to be listened to on headphones in moments of late summer solitude. Her latest single, “Satan Loves You,” is no exception, pairing an addictively sunshiney melody with vivid metaphor and her trademark lyrical introspection. “Music is like magic,” Chloë says herself— a magic that her uncanny, understated ability to capture manages to elude time or place, instead defining a moment that is entirely her own.

We are happy to announce that we're back to hosting live music on our stage!!
With the help of FACTOR and Creative BC from Sept 17th we'll be blessed to have some beautiful artists cross our stage again. Shows are Friday and Saturday evenings. Tickets can be purchased online in advance through the Eventbrite link on the Facebook event page. If online ticket purchases don't sell the show out there will be tickets available at the door.
It's at your discretion to wear a mask or not inside. Dancing is a thing again! It can feel cosy in here with a full house and we understand apprehensions as things open back up. We're all navigating this differently as we move back to some sort of semblance of normalcy, we'll strive to accommodate all in the enjoyment of musical performance.
Thanks for you understanding and support, we can't wait to see y'all!! 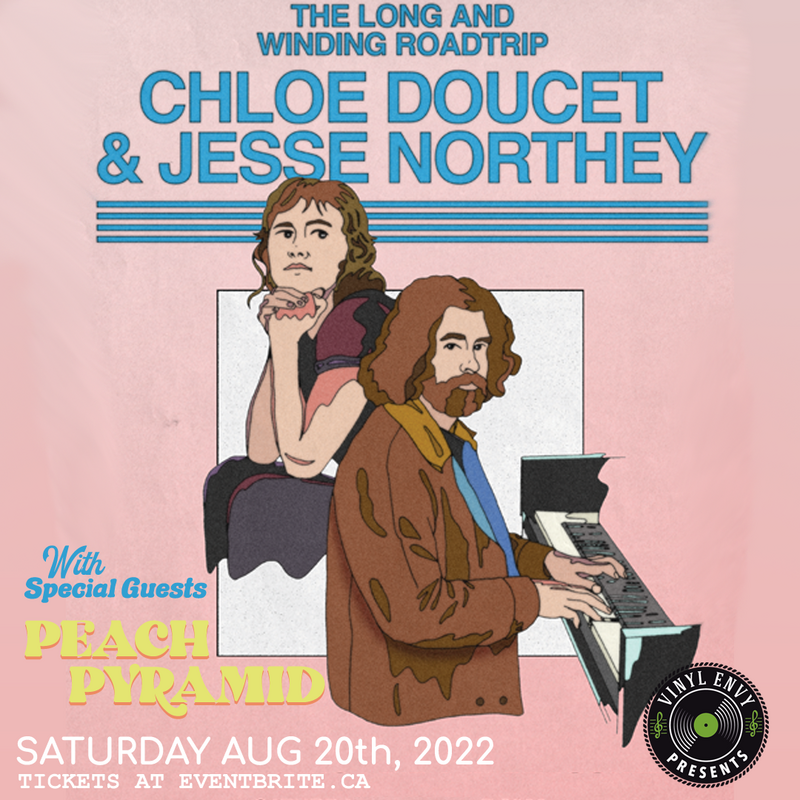