Carilynn is a sharp-tongued motherload of laughs! A favorite in the Canadian comedy circuit, her biting joke style and no nonsense attitude have made her one of the most sought after performers in the country. A true Canadian woman, glorious and free!

Elyott Ryan is a young comedian from Victoria. His timid demeanour is quickly shattered by his dynamic and audacious jokes. He is a husband and a father of two young children. He breaks down his life, fatherhood and working at a health food store, turning the weird and irritating things he finds into hilarity.

ARRIVE EARLY FOR THE BEST SEATING OPTIONS!
Advance Tickets Strongly Recommended.
Tickets at the Door are Not Guaranteed to Be Available.
753 View St., Victoria, BC
LARGE PARTIES ACCOMODATED! HOST YOUR BIRTHDAY PARTY, STAFF PARTY, OR OTHER CELEBRATION WITH US. Message us here.
This is a 19+ Event | Covid-19 protocols and BC Public Health Order in effect | ID and Vaccination Required 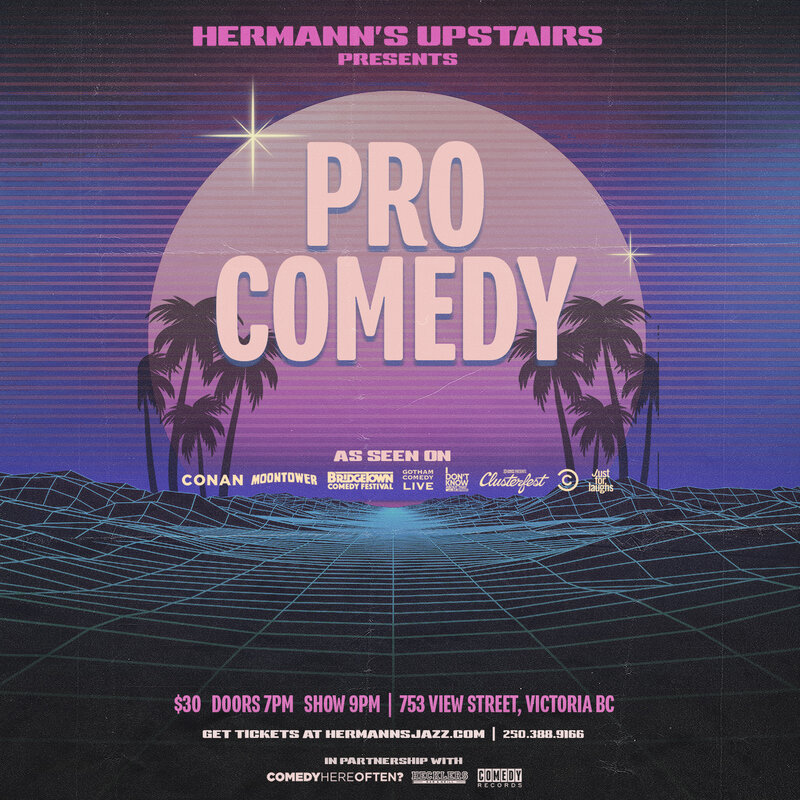