The Mint (All Ages)

Speak, Easy is a smooth-speaking, finger-snapping interdisciplinary arts community and showcase committed to the local arts and culture scene in Victoria, BC. This is a space of diversity, inclusion, and respect. We ask of the one golden rule: Don’t hate and don’t discriminate.

Admission $5-$10 sliding scale: all proceeds go to the features of the show.

There’s an OPEN MIC portion to the show.
Please bring your equipment, writing gear and props with you.
We are not liable for any damages or stolen equipment.

Doors open at 7:00 pm. Come for a bite or drink and mingle!
Open Mic List opens at 7:30 pm. Sign up for a regular 5 minute slot, or throw your name in the hat for an extended 10 minute performance.
Show starts at 8 pm.

We acknowledge with respect the Lkwungen-speaking peoples on whose traditional territory and the Songhees, Esquimalt and WSÁNEĆ peoples and we understand the historical influences that it has on this land and the city of Victoria.
——————————————————–

Musical Feature: Oliver Swain
Award winning roots artist Oliver Swain has as been a celebrated musician for years, held in high regard in acoustic and folk music styles for both his astonishing instrumental and vocal abilities, though he seldom gives the genre a fully traditional treatment. Oliver Swain strays towards the whimsical, the spiritual, and the socially conscious side of what he likes to refer to as “chamber folk odyssey”, and it’s these beguiling and provocative elements that make him unique as an artist and songwriter. Devon Leger even called him “The Zen Rock Garden of old time music” No Depression.

Oliver Swain got his start performing and writing with many of the US and Canada’s most loved roots bands including The Bills, The Duhks, Outlaw Social and The Red Stick Ramblers. He’s a two time Prairie Music Award (WCMA) winner, 3 Time Western Canada Music Award nominee(2016 Roots Artist of the Year) Juno nominee and has a few “M” (Monday Magazine) and Times Colonist Music Awards under his belt. In 2011 he released In A Big Machine, hailed as “Absolutely mesmerizing”and “one of the best albums of 2011, regardless of genre”, touring across Canada and the US including Folk Alliance International(twice official), Winnipeg Folk Festival, Calgary Folk Music Festival, Vancouver Folk Festival, The Harrison Festival of the Arts, North Country Fair and Mission Folk Fest. Between his own shows and tours, Oliver is a busy side man with artists like The Fretless, Twin Bandit and Daniel Lapp and also runs the Victoria Django Festival each February in his home city. Oliver is also one half the Leonard Cohen tribute duo project Tower of Song.

Poet Feature: Hilly Somerville
Hilary has a hard time with bios, and finds writing in third person to be awkward. She spends most of her time on Unceded Lkwungen Territory, where she is in the process of laying down roots. Hilary recently returned from the Canadian Festival of Spoken Word, where she competed nationally on the 2018 Victoria team. Her writing widely varies in theme, but usually contains elements of social and political issues, the sacred in the sexual, humour, magick, and storytelling. She does her best to inundate her work with the insights that she finds underfoot. When she isn’t in Victoria, Hilary prefers to be on the move and exploring landscapes and personalities, from which she derives inspiration and respite.
Check out her videos: https://www.youtube.com/watch?v=1evar28CAWc&t=5s 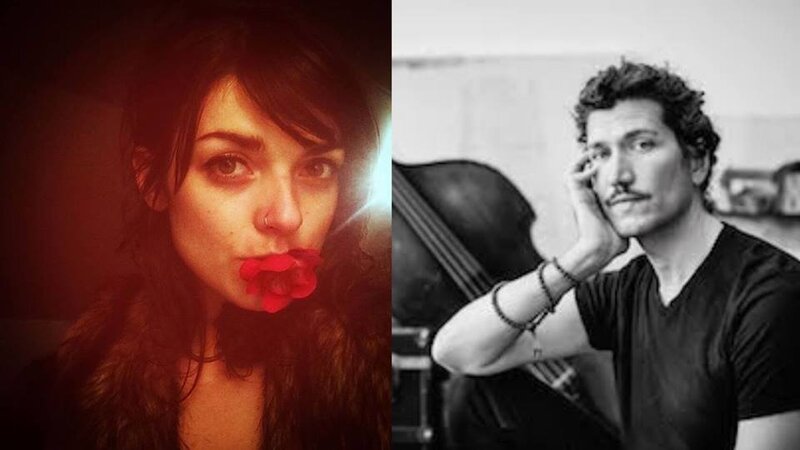