Roller Coaster is a four part monologue exploring why we go to war, the bigger s...

Oak Bay has a rich heritage of supporting arts in our commun...
1975 Bee Street Oak Bay BC
Open / Operational

Roller Coaster is a four part monologue exploring why we go to war, the bigger significance of Star Wars, Marvel Comics, and Harry Potter, Donald Trump's presidency, and the imminent collapse of civilization, and an exploration of who our real gods are. Award-winning Fringe Festival veteran TJ Dawe (Burn Job, Medicine, Marathon, The Slipknot) brings his latest solo show to Victoria, BC for a Vancouver Island debut, presented by Oak Bay Parks, Recreation, and Culture. Show is suitable for ages 13 & up.

TJ Dawe is a Vancouver based writer, director, performer and dramaturg, mostly of one-person shows. He’s participated in the Montreal Just for Laughs Festival, the Edinburgh Fringe, the Adelaide Fringe, the Charleston Piccolo Spoleto Festival, the UNO Festival of Solo Performance (five times!) and 109 fringe festivals (a total surpassed only by Jem Rolls). He co-created and directed Charlie Ross’ The One Man Star Wars Trilogy, which has been touring for fifteen years, including appearances on The Today Show and Late Night with Conan O’Brian. The two are now working on One Man Stranger Things. TJ Dawe is a graduate of the University of Victoria Theater Program.

TJ Dawe will also be leading a theatre workshop: "How To Create Your Own Solo Show" on Saturday, October 21 and Sunday, October 22. See tiny.cc/tjdaweworkshop for more info. 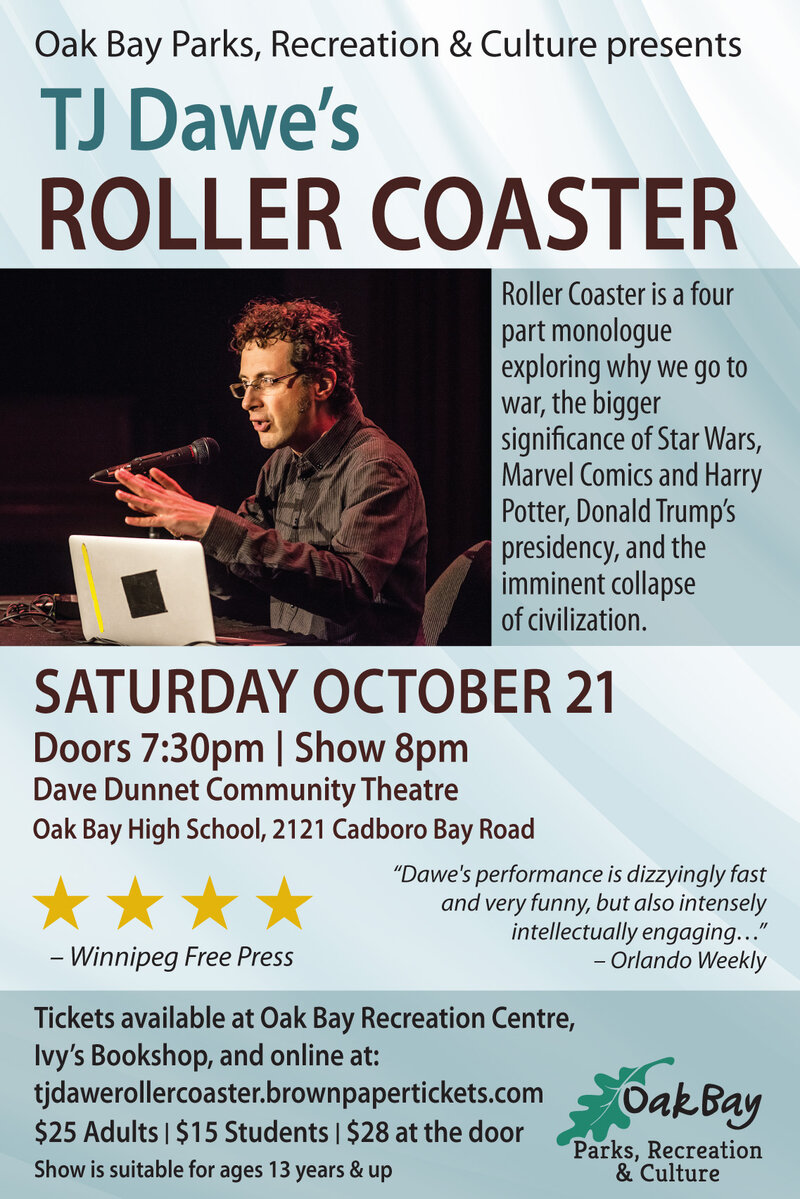